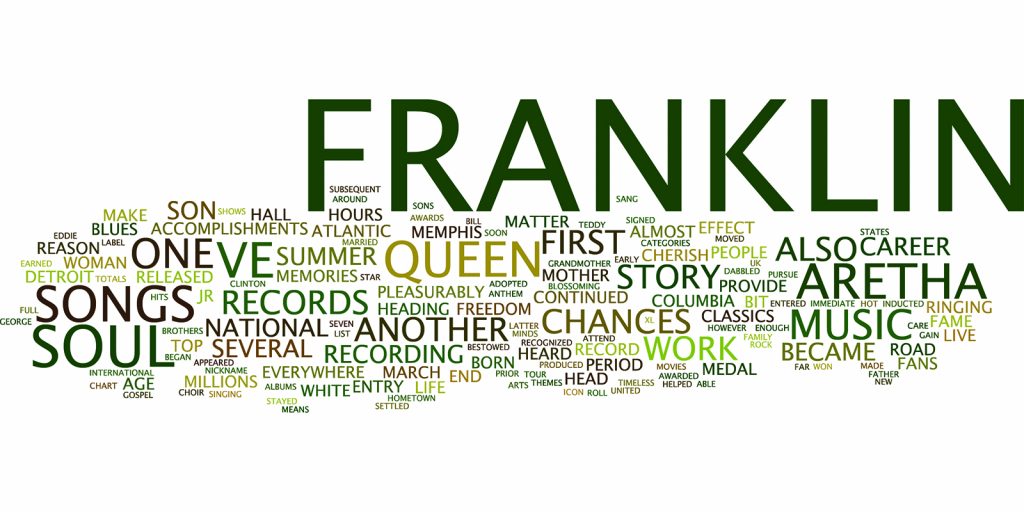 We’ve lost one of the greatest. As the world mourns the passing of Aretha Franklin, we can find a brief respite from our sorrow in the joyful profusion of her music filling the airwaves (and digital media) as the world pays tribute to The Queen of Soul. Gospel and blues were the bedrock of her sound, and in much the same way that music from these genres has helped console multitudes for over a century, today her music helps us deal with losing her.

As Joni Mitchell once sang “You don’t know what you’ve got ‘til it’s gone.” Now that Aretha has left us many of us are hearing her music with fresh ears, and it’s even more apparent that she left us with a stunning musical legacy. Even a cursory listen reveals a treasure-trove of classics. Listening deeper, especially to her back-catalog, we can hear that in addition to her golden voice there was a world of classic production techniques and instrumentation that supported her vocal gifts.

One ubiquitous element in her world was the B3/Leslie combination. The Hammond B3 organ (or C3 in church) paired with a Leslie was the perfect complement for her voice. Well-loved because it could fill a hall with sound and still not overpower a mix (as if anything could compete with her), when put to her service it was like wrapping her voice in velvet.

On “Spanish Harlem” we can hear it intertwining with a nylon string guitar, string orchestra and a piano, painting a picture of hope. Her version of this song outperformed the original by Ben E. King and hit #1 on the R&B charts. Keyboards on this recording were handled by the one-and-only Dr. John, who also played piano when she sang the national anthem at Super Bowl XL in Detroit.

Her cover of The Beatles’ “Let It Be” opens with a simple, plaintive organ melody that would not be out of place in an English countryside chapel. It is soon joined by a piano and Aretha’s voice. By the time the second chorus comes around, a gospel choir and rhythm section lift it to the sky. The rich Leslie-soaked organ there is in stark contrast to the opening refrain and shows us there’s more than one way to let it be.

Similarly, her cover of “Bridge Over Troubled Water” takes another gospel-influenced pop song back to church. This time the organ is joined by an electric piano (sounds like a Wurlitzer) in a textbook example of why these vintage instruments are still so sought-after.

Recently described in the Wall Street Journal as a “church-trained pianist and organist”, Aretha was no slouch on the keys. Still when she needed hands-free focus on her voice, she could rely on a number of top musicians to fill in. Kenneth Lupper played on her best-selling live album Amazing Grace, and in addition to the aforementioned Dr. John, her stable of players also included luminaries like Weather Report’s Joe Zawinul.

We may never hear another singer like her, but thankfully she left a rich legacy of recorded music. We’d be a “chain of fools” not to listen every chance we get.