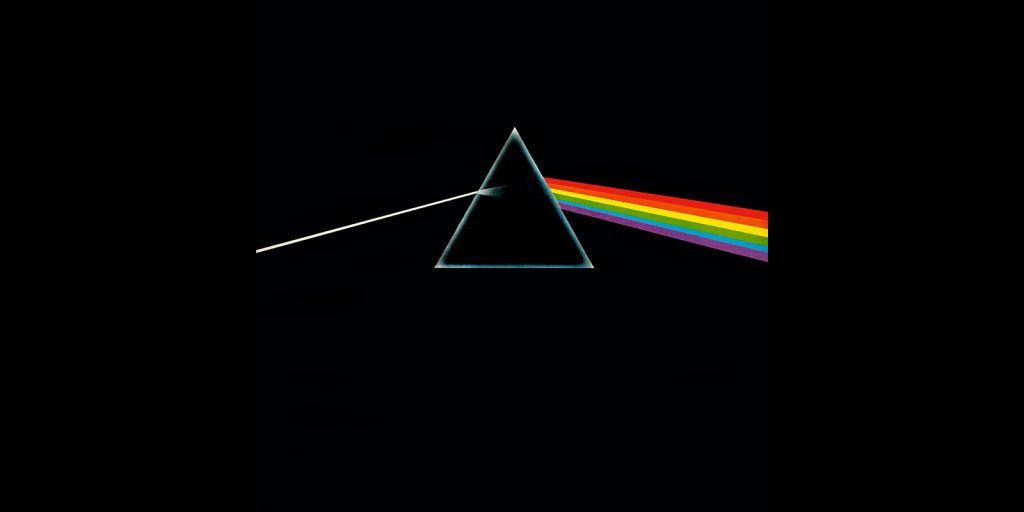 Thumping that sounds akin to a heartbeat. The ticks of a clock. Cash registers ringing up sales. Indistinct voices chattering away.

Great albums should not start this way, but that is how Dark Side of the Moon – the landmark album by Pink Floyd – debuts and it serves as some arcane overture to what a listener’s ears would feast upon for the next 42 minutes and then repeated almost non-stop for 47 years (and counting).

I remember hearing the album for the first time just shortly after it came out and being blown away by the sheer magnitude of it all. The songs all bled into each other so it felt it was just a long train of thought cascading at you through the speakers. It was the great album to put on just before bed since its ethereal quality relaxed you long before people decided to sleep to the sound of whales. Only problem is you had to flip the album. I remedied that by buying a second copying; furthering my contribution to the more than 45 million copies purchased worldwide. It remained on the Billboard album chart for a mind-boggling 741 weeks from 1973 to 1988.

Dark Side was the culmination of the metamorphosis of Pink Floyd since its 1965 formation. It stripped away the band’s psychedelic past; lyrics about albatrosses; and musical distortion for the sake of musical distortion, and emerged as something entirely different, but something you could trace its sources if you tried. Roger Waters’ foot head tapping bassline on “Us and Them” sounded akin to the band’s early experiments as the house band to all night dance parties. The arcane lyrics now focused on every day issues (sadness, anger, fear), but shared David Gilmour’s incantation-like voice. The distortion was now focused on reverb and sound effects.

It was a studio album that was born as a live album, which maybe explains why it sounds so unique. For those who don’t know, the majority of the songs on Dark Side were first introduced on stage during a 1972 tour. Each show further crafted the album as older songs were excised, and new songs increased each show. (Side note, the second stop on the US section of the tour was at the Township Auditorium, which is about 90 miles from our South Carolina headquarters, in Columbia). By the time, the band went into Abbey Road studios with engineer Alan Parsons, they knew what they wanted the songs to sound like. That doesn’t happen often – especially for a band like Pink Floyd who were known for studio experimentation.

The one thing about this album that doesn’t get really talked about, but should, is that it made progressive rock very cool to listeners. Bands such as Emerson, Lake & Palmer, Yes and Genesis had been making headway into the top of the charts, but Pink Floyd kicked down the doors. All of a sudden, your favorite radio stations (with a nod to the emerging to the FM format) were pushing out songs that well eclipsed the three-minute market. Radio stations started to program full album sides because they realized that is what listeners were doing at home. The thing about Dark Side was that a radio station could put the album on and there were no breaks. It just flowed. Made life for a DJ a little easier.

From a sonic sound point, we have to plug the Leslie speakers – most notable the Leslie 900 that Gilmour used on almost every song on the album. In the post George Harrison using a Leslie to play a guitar world, Gilmour was one of the major apostles of the sound it made. Also, the swirling sound heard in songs like Breathe is a Hammond Organ being played through a Leslie by Richard Wright.

To paraphrase the album’s famous last lines, “there’s no dark side to Dark side, matter of fact, it’s all excellent.”

3 thoughts on “Tom’s Turntable: Dark Side of the Moon”