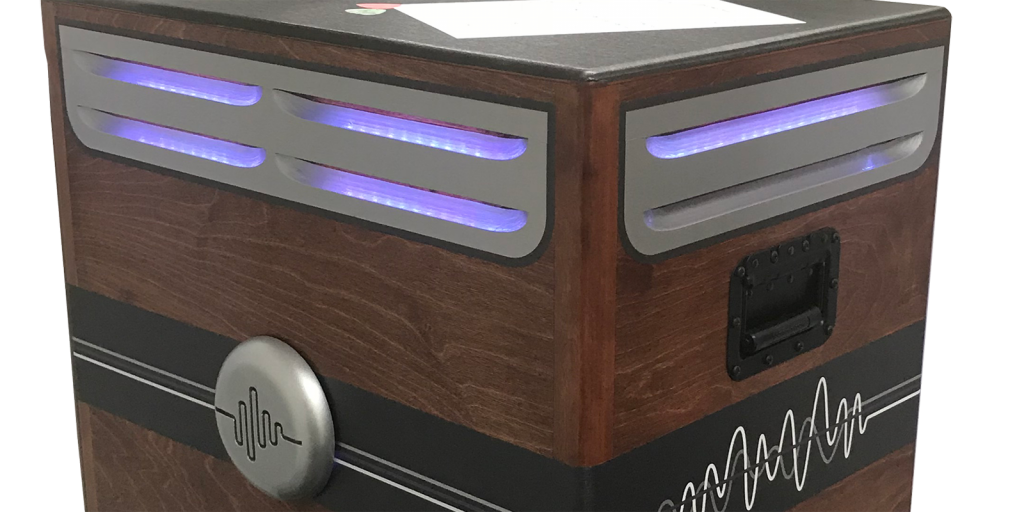 It was May 31, 1947 and you were looking for something to do in Tinseltown. An ad in the Hollywood-Citizen News caught your eye. It was for The Epicure, a restaurant/night club located at 5510 Hollywood Boulevard. Maybe the free parking makes you want to check it out. Or maybe it’s the top sirloin steak for $1.35. Or the promise of a “delightful atmosphere.” Or maybe, just maybe, it’s the fact that “radio recording artist” Alex Clipper would be at the Leslie Vibratone.

We all know that Donald Leslie created his first speaker system in 1940 to be used with the Hammond Organ. We know the Hammond crew turned him down, so he went into manufacturing the speaker on his own. He used names such as Brittain Speakers, Hollywood Speakers, and Crawford Speakers over the next few years, before settling on and producing the Leslie Vibratone in 1947. We at BookerLAB dug up some old newspaper files (thanks newspapers.com) to track how well the Leslie Vibratone did in those years.

The ad for The Epicure is likely one of the first mentions of the Leslie Vibratone in any kind of mass advertising to the general public (we assume Don Leslie and his speakers were often mentioned in trade publications). The curious thing is that it doesn’t mention what Alex Clipper planned to do with it. Sing? Play the organ? Or was this some kind of avant garde show where he fiddled with the knobs to get feedback?  It remains a mystery.

In December of that year, a music business insider gossip column in the Los Angeles Daily News mentioned a group called The Paragons, managed by Joe Vallera, were using a Leslie Vibratone with their Hammond organs. Well, now we are getting somewhere. (Note, we are pretty sure this is not the same Paragons that first recorded The Tide is High, which later became a megahit for Blondie in the 1980s).

Some other fun things we found:

And just about then is when Leslie Speaker Cabinets really began to take off nationally and eventually internationally. What are some of your earliest memories?