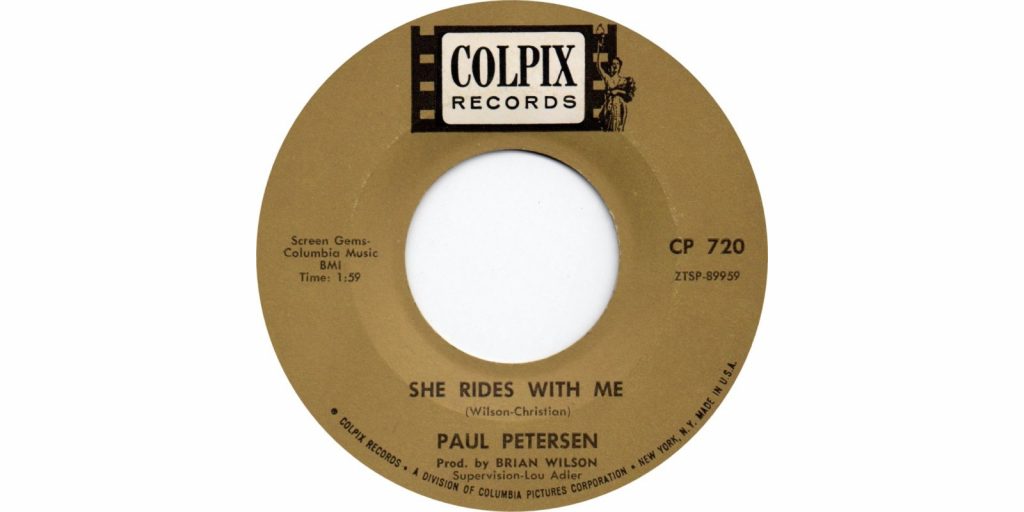 If you know the song “She Rides With Me” by Paul Petersen, well you must either be a fan of obscure 1960s rock and roll, a collector of all kinds of Mickey Mouse trivia or, if you are reading this, an aficionado of the Leslie speaker.

This song is widely believed to have been the first recorded vocal using a Leslie speaker. Now, some claim The Beatles did it first, but the facts don’t quite match up. And maybe some guy in a little-known studio beat Petersen to the punch? We don’t know. But we do know that when he went into a recording studio in 1964, Petersen was the first artist on a major label to record vocals using a Leslie speaker.

So, who was Petersen?

He was one of the original Mouseketeers on the Mickey Mouse Club in the 1950s, but was not one of the bigger stars. Actually, he also claims to have been the first fired. However, he wasn’t down for long as he joined the Donna Reed Show as the teenage son, Jeff. Like many teens on popular television shows of that era, Petersen landed a record deal where he would sings songs on TV in the hopes they would sell a lot of merchandise. While he was no Ricky Nelson, he did score a top twenty hit in 1962 with a song called “She Can’t Find Her Keys.” This novelty song is about his date pulling numerous items out of her purse while he waits impatiently to kiss her good night. His next singles were all kind of benign and by 1964 he released his last single, “She Rides With Me.”

And this is where it gets interesting. The only way I can describe it is if Neil Young wrote the first 10 notes of a song in 1974, then travelled back a decade and asked Brian Wilson to finish the rest.

The songs starts with a doom-laden piano roll and loud saxes before blasting into an oddly surf song where Petersen does his best Mike Love impression coupled with a background group of singers who sound like the Wilsons and Al Jardine hidden behind a curtain.

As stated in this article from 2017, the song was indeed co-written by Brian Wilson.

According to Petersen, “Long before ‘She Rides With Me,’ the Beach Boys were a Hawthorne garage band, well-known to those of us living in southern California. They already had a local reputation, and soon tremendous success, which I welcomed.

I knew all the guys in the band, but aside from a few hit records and the ‘Donna Reed Show,’ what they really liked was my love for cars, and some of the fast cars that I owned, especially my Shelby Cobra 289.

While I was ringing in the new year (1964) in Las Vegas, I got a call from record producer Lou Adler, who revealed that he was about to marry Shelley Fabares, who played my sister on the Donna Reed Show.

Then he said ‘I want you to come home right away to record. Brian Wilson just wrote a car song for you.’

Goodbye New Year’s Eve party; I was on the next flight to L.A. I landed and went right to the studio. Brian was there waiting for me, and he sang and played ‘She Rides With Me,’ which I loved, especially when he added the organ.”