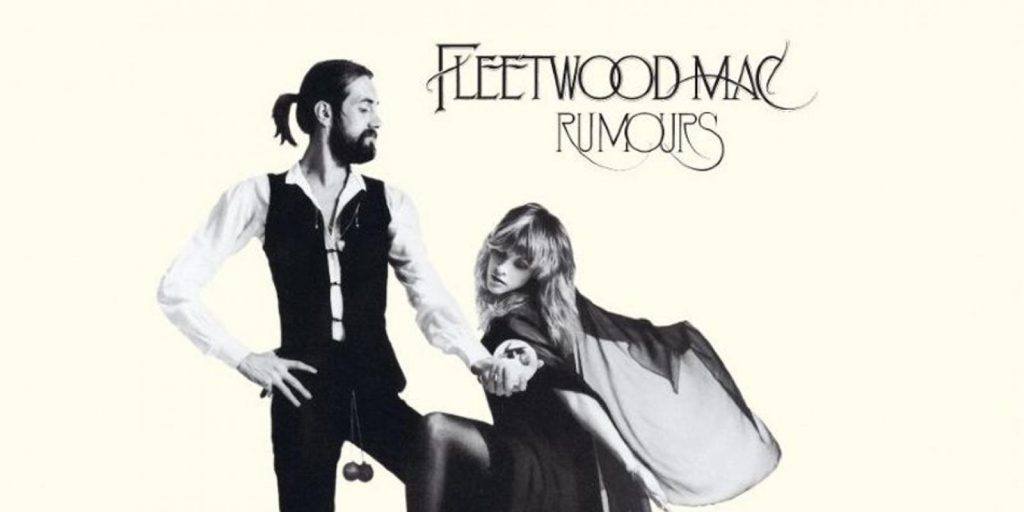 Some albums put you in a certain moment in time – a day, a month, a year even.

Fleetwood Mac’s Rumours puts you in an era – a half decade in fact. This was the album of the late 1970s. Recorded mainly in 1976 and released in early 1977, it just kept going for what seemed like forever – 44 consecutive weeks in the top 10, and never really out of the rotation of FM stations to this day.

It was the album that everyone seemed to buy because it was loaded with great songs. And by everyone, I mean everyone: young and old, white and black, rock fans and pop fans; the list goes on and on. If you didn’t own it, your friend owned it. If they didn’t own, it was on the air all the time. It was more ubiquitous than those little packets of Tide that came in the mail.

How did it happen?

Before the release of what fans loving call “The White Album” in 1975, Fleetwood Mac hovered on the edges of rock’s mainstream. They were that heavy blues band from Britain with a succession of virtuoso guitar players/singers and a backbeat featuring two of the best in John McVie and Mick Fleetwood. They had everything you wanted in a band except hit records and a consistent line-up. If you recognized a Fleetwood Mac song on the radio or at a house party, you were considered cool and hip with what was really going down in music. If you didn’t recognize them, well, you were still cool and hip because, as noted, no one really paid attention to them anyway.

Then came 1975 – halfway through the presidency of Gerald Ford – and this album, which technically bore the name Fleetwood Mac. It was the same name they used for their 1968 debut, and in many ways, using it again signaled a new era for this group. The old Mac was dead, long live the new Mac. Of course, many people didn’t know the old Mac existed so the music was fresh and new without having to be fresh and new.

That story alone is a novel, but the short version is, in 1974, the band had relocated to California in an effort to break more into the American mainstream because they were mostly broke. Along the way, their latest virtuoso guitar player/singer Peter Green quit, leaving them a trio of Fleetwood on drums, McVie on bass and Christine Perfect McVie, who was then married to the bassist, on keyboards. Through their new record producer, they discovered an even less successful band than themselves named Buckingham Nicks. The members of Mac decided that the Buckingham in the group needed to replace Green as their virtuoso guitar player/singer. However, Buckingham, who is Lindsey Buckingham, refused to join unless his musical partner Stevie Nicks joined as well. The Mac said sure, and three months later, this album was completed.

With hits like “Rhiannon,” “Say You Love Me,” and “Over My Head,” this was the album that turned Fleetwood Mac into a major act to be reckoned with on the top of the charts. However, this was all laying the stage for Rumours.

“The White Album” was the salad before the main course and dessert that was Rumours. You had three different singers (McVie, Buckingham and Nicks) sharing the lead vocals and each of them had iconic hits off the album. How often does that happen on an album?

You had hard rock with songs like “Gold Dust Woman” featuring Nicks, a funky “You Make Loving Fun” with McVie and the precursor to New Wave, “Second Hand Blues,” led by Buckingham. Actually, while Rumours is a total band effort, this really was the album that Buckingham made his biggest musical statement. Aside from his often underrated guitar playing, he sang some of the best and most popular songs with “Go Your Own Way” and “Never Going Back Again” as his solo leads and of course, the co-leads on “The Chain” and “Don’t Stop.” This was Lindsey Buckingham in his bearded, shaggy-haired best.

Then there was the ethereal “Dreams,” which was Nick’s showcase. She wrote and sang this amazing song that tucks away melancholy lyrics behind an enchanting musical score.

While the band would continue putting out hit albums well into the mid-1980s, and then came back in the 1990s riding a wave of nostalgia, Fleetwood Mac was never quite the same group after Rumours launched them into the stratosphere. However, it’s hard to top a masterpiece like this album.