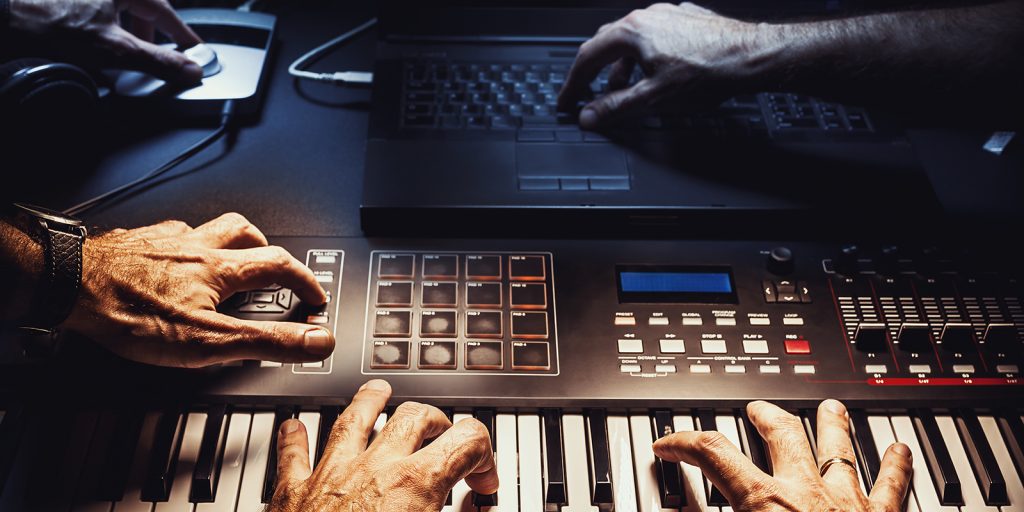 Leslie speakers are the master craft of a legendary music generation. Their unique audio effects have found homes in churches, music venues, stage shows and recording studios. They may be legacy gear, but they have staying power. Now, digital control technology allows for these speakers to be part of highly produced and automated shows.

MIDI: What is it?

MIDI stands for Musical Instrument Digital Interface. It lets electronic music instruments share performance information with other devices and instruments over different channels with time-stamps and commands to engineer a sound expression. Performance information can include everything from Note On/Off to program changes, pitch bending and velocity. MIDI as a specification has undergone frequent updates. One of the newest MIDI extensions, MPE, can now attach this performance information to individually articulated notes, increasing expressiveness.

One of the most famous examples of MIDI technology in use is at Disney World in Orlando. Don Dorsey, a legend in the world of synthesizer music and the entertainment industry, created the celebrated Illuminations: Reflections of Earth using MIDI technology, propane and a keyboard, among other tools.

The show is famous for its brilliant illustrations of the history of the earth, from creation to the present. It involves dancing, billowing fireballs that tower from a huge barge in the middle of the lagoon at Epcot. The flames’ dancing is no happenstance. Dorsey researched the fluid movement of liquid propane to understand how he could illuminate it with intention. The propane streams through different pipes, valves and surfaces that have been bent or plugged to create fantastical sprays upon ignition.

However, the flames would be nothing without Dorsey’s MIDI trick. Each special effect with the flames is tied to a single note on a MIDI enabled keyboard. As each effect was programmed to a note, he could then play the music and cause the flames to ignite as if they were controlled by, or dancing to, the score of the show.

Although Donald Leslie invented his game-changing speaker to give electric Hammond organs that iconic warbling sound of pipe organs, keyboard and guitar players have adopted the Leslie as well. Consequently, Leslies have shown up at live shows, studios and in at-home practice rooms for decades.

Up to now, however, Leslie control and automation was tricky. Fine-tuned motor control and a lack of compatible automation technology complicated the process. Musicians facing these concerns tried to rely on synthesized sounds and software. On the one hand, some simulations could capture raw sounds of Hammond organs well. However, faithfully reproducing the mechanical manipulation of the Leslie speaker was less successful. While these solutions satisfied some musicians, it didn’t give many songs the same oomph and power that using a Leslie live could.

Dave Chesavage, of Ocean Beach Digital, explains that organists were especially affected by this: “A Hammond console organ weighs 425 pounds, so many musicians opt for one of the modern ‘clonewheel’ instruments. Leslie speakers are considerably lighter and easier to move around, so a clonewheel + a real Leslie is the choice of many working musicians.” However, modern clonewheel organs send MIDI, which means their Leslies aren’t controlled by their built-in systems.

But, it turns out, MIDI is the answer to these Leslie automation and control dreams. BookerLAB’s decision to release the VMC-MIDI comes from a desire to finally close the loop for working musicians. This device gives control back to the organist by creating communication between the built-in Leslie controls and the Leslie speaker.

With this technology, cover bands recreating classics or current groups jamming out with vintage machines can time Leslies for superior performances. MIDI can give keyboardists the opportunity to sync playback and control the Leslie modes from the keyboard. By tying a mode to a note – just like Dorsey did the flames – an on-stage performance with a keyboard-Leslie combo can be seamless. This also give back-up keyboardists the ability to fill the shoes of a regular band member with pre-recorded signature moves.

MIDI for the Modern Musician

MIDI has been around since 1981, and it’s still the biggest control hardware/software interface in the recording game. It’s a mainstay in studios, with computers fully integrating it, and an entire industry adopting a single specification. What drives its popularity is its accessibility: anyone can implement it – especially with new app-based user interfaces – and almost everyone can afford it.

Combo organs commonly found in churches or other venues have utilized MIDI to accomplish non-traditional performances. Some organists have used prior MIDI-based recordings to perform “four hand, four feet” performances. In this scenario, one note or switch may trigger a previously recorded portion to play while the organist can continue to play the other section live. This lets the organist focus on flair instead of having to hit all the right notes.

While it may seem old news, MIDI has a place in every modern musician’s life. Defined by and expressed through musical parameters that haven’t changed in centuries, MIDI is sure to remain relevant for many technology waves to come.